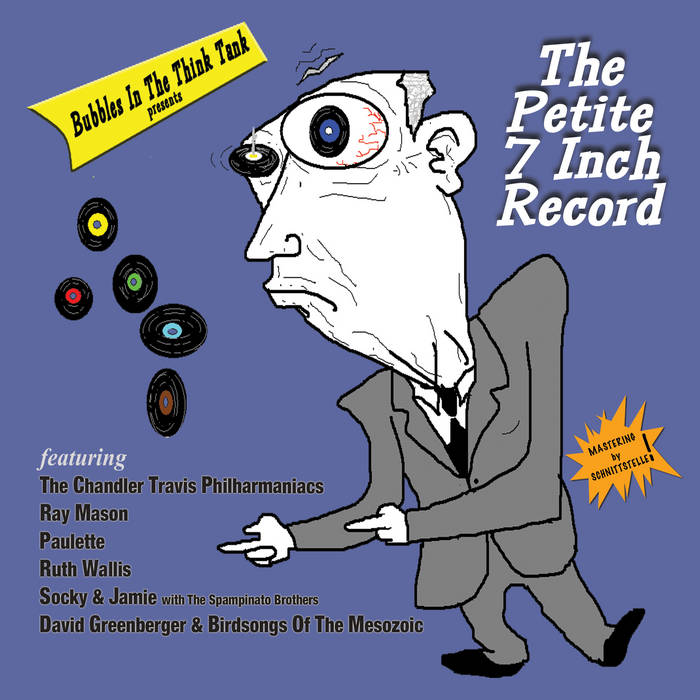 Belinda and January Fairy, your hostesses of Bubbles in the Think Tank, are proud to present to you this first ever Petite 7 Inch made just in time for Record Store Day! It’s our chance to give to you, the listener, even more stick shaking silliness for you to spin whenever you deem necessary.

So enjoy a handful of Think Tank Favorites on this record about records. If you listen to it enough, we’ll do it again for you next year! We know that’s what you always want from us...to do it again and again.

The Ever Embiggening Staff of Bubbles in the Think Tank:

Special Thanks:
Paul Rapp, Esq.
Alan Pastman
Bill Brinkmoeller
David Andrew Dugle
You, The Listener
The artists, but especially Ray Mason who made me know I had to do this and Chandler Travis without whom I never would have done this
And everyone who didn’t say we shouldn’t do this

After expenses, proceeds from this record will go to support the stations and streams that deliver Bubbles in the Think Tank to you. We love WMFO and WAIF!