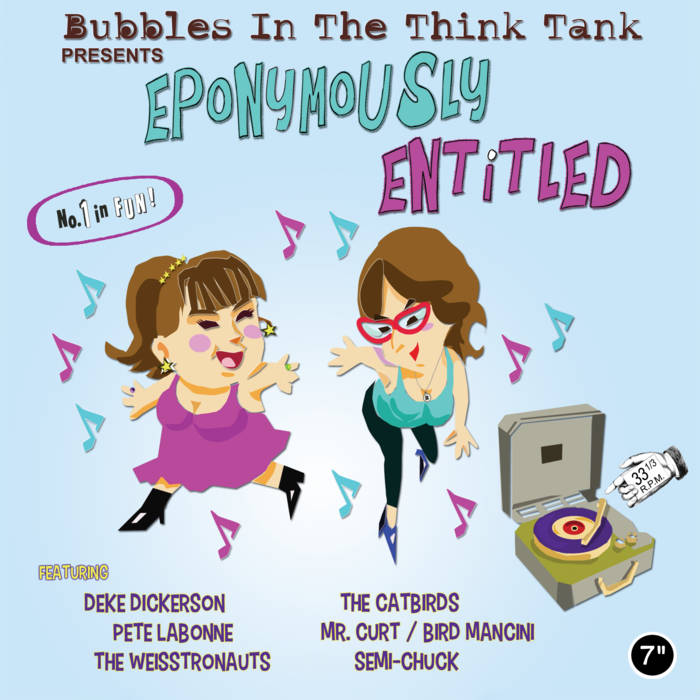 Last year we made a purple record.

This year we decided we were going to do something completely different.

We made a record that's NOT purple.

It was the first ever Bubbles in the Think Tank record, the Petite 7 Inch Record.
It was a record about records released just in time for Record Store Day.
It may have been the the apex of our life's work.
Why not do it again? And this time make it Eponymously Entitled.

The Ever Embiggening Staff of Bubbles in the Think Tank:

Special Thanks:
Mr. Rhythm Man for unwittingly titling this record
David Andrew Dugle and Bill Brinkmoeller who started it all
Scott Hull, Groovy Advice
Paul Rapp, Esq.
You, The Listener. Yes, it is all about you.
The artists, both on this record and The Petite 7 Inch
Especially Ray Mason who inspired me to finally do this and may well be the best human on the planet
And Chandler Travis who refuses to believe that he has anything to do with why I do everything

After expenses, proceeds from this record will go to support the station and streams that deliver Bubbles in the Think Tank to you. We love WMFO!