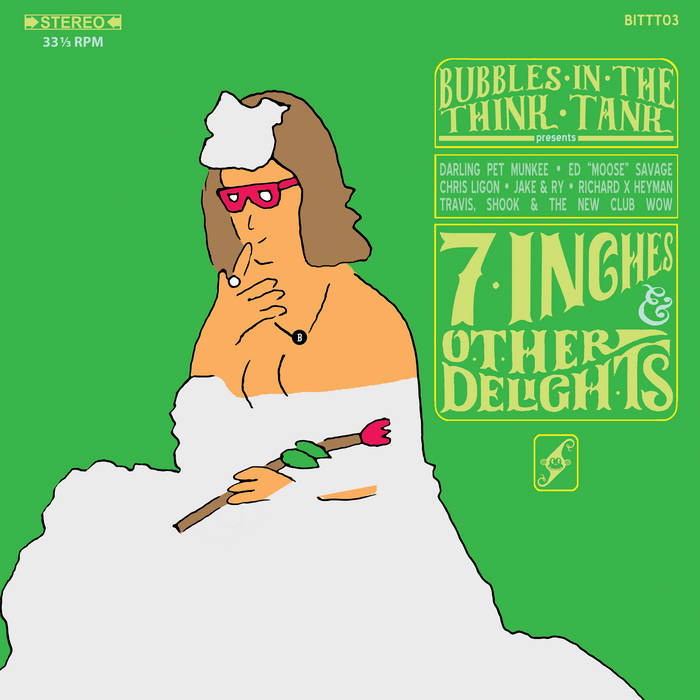 I used to think that it could never be better than the first time.

But that was so many years ago.

Now I know that every time we come together, it gets so much better. And so now it’s time to ask you, the listener or the fan or the vinyl enthusiast, to come with me on the journey to find ... no, to create 7 Inches & Other Delights.

We've tried again to make things the best they can be. I know, we ask ourselves all the time just how these records keep getting better and better when the last one was the most perfect record ever.

But I know why. It’s because we do it together. So let’s do it again.

First we made The Petite 7 Inch Record. Then last year, it was Eponymously Entitled.

And this time, it’s 7 Inches & Other Delights!

Special Thanks:
David Andrew Dugle and Bill Brinkmoeller, who started it all
Paul Rapp, Esq
You, The Listener. Yes, it’s all about you.
The artists from all three records, but especially Ray Mason who inspired me to finally do this and may well be the best human on the planet and Chandler Travis for allowing Bubbles in the Think Tank to hitch our wagon to his star and not complaining about it too much

After expenses, proceeds from this record will go to support WMFO 91.5FM, the Boston home of Bubbles in the Think Tank. We love WMFO!