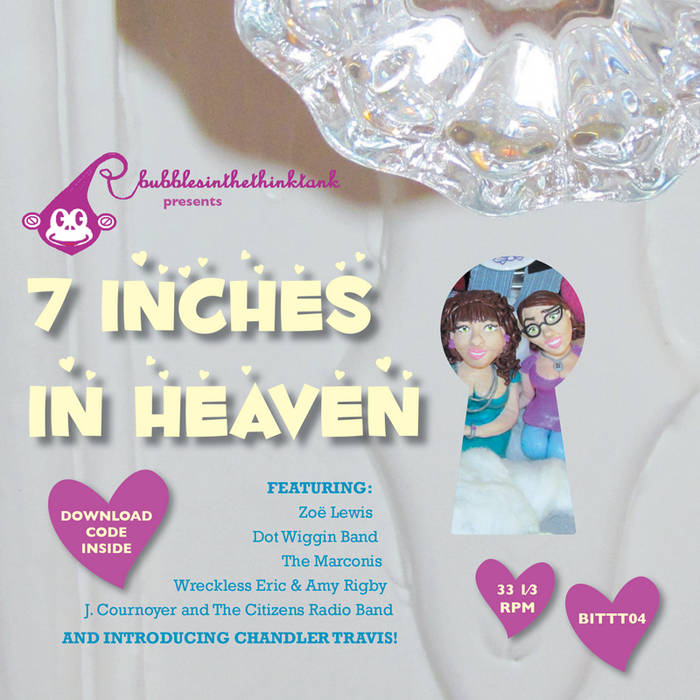 Got a new record
Can't wait to listen to it
My type of heaven
- KTUF, Poet Laureate


You’ve done it again. You helped Belinda & January Fairy make another record. You made it fun. You made it special. You made us feel the love. And for all of that we’ll never be able to thank you enough. But you know us...we’ll sure try!

Remember…
It’s nice to be nice when you know that you’re nice!


Special Thanks:
David Andrew Dugle and Bill Brinkmoeller, who started it all
Paul Rapp, Esq
Ed Valauskas and Sean Cahalin at Q Division
You, The Listener. Yes, it’s all about you.
The artists from all our records, but especially Ray Mason who inspired me to finally do this and may well be the best human on the planet
Chandler Travis for allowing Bubbles in the Think Tank to hitch our wagon to his star and not complaining about it too much


After expenses, proceeds from this record will go to support WMFO 91.5FM, the Boston home of Bubbles in the Think Tank.
We love WMFO!